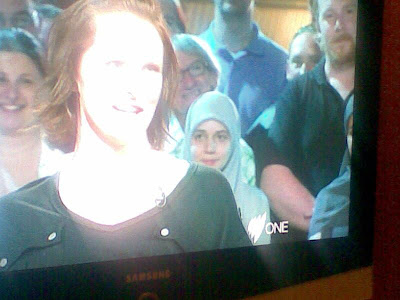 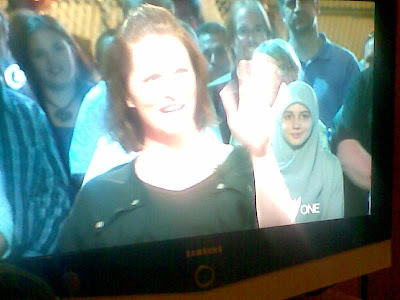 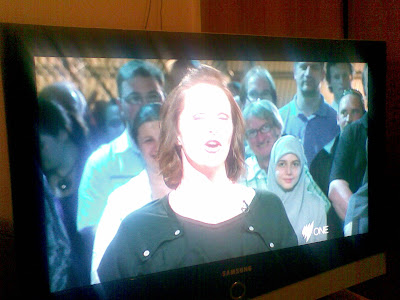 Is it just me or is the presence of a couple of obviously Muslim kids in the background (one is just in shot in the 3rd photo) look staged?

Er, I've noticed some women in hijabs turning up in unexpected places.
They also seem to be unaccompanied.

During most of the campaign season, women in hijab were prominently displayed. What is odd is that most traditional Muslims who wear hijab would not be seen in public unescorted. I suspect we will see more of this as Team Obama takes over newspapers, media and radio, alhtough it will be hard to see it on the radio....

Well, it is SBS. Maybe they could do an episode where the team take women for driving lessons in Saudi Arabia. Should be loads of laughs.