A battle is raging between the forces supporting 'ugly women' by inviting them to move to an Australian town in which men significantly outnumber men and those opposed to looks-challenged women getting a man. I guess the logic is that men are not allowed to discriminate on the grounds that women may or may not appear to be related to Jabba The Hut.

A call for "beauty-disadvantaged women" to consider moving to Mt Isa to rectify the mining town's gender imbalance has won the backing of the area's federal MP.

Mayor John Moloney is under fire from residents of his northwest Queensland town after he suggested unattractive women move there to find a man.

"Everyone I have spoken to in town thinks it's screamingly funny, exactly the same as I did," Mr Katter told the Nine Network on Thursday.

"The comment says, if you don't happen to look like Nicole Kidman, come to the Isa. You can have a lot of fun, and that says a lot of nice things about the Isa and our outback towns.

"We have a terrible imbalance between male population and female population, we have always had that problem and he has brought national attention to bear upon it.

"I am certain there will be an awful lot of girls going to Mt Isa."

"When we (country) people assert who we are and what we are then you find some way of twisting that around and out a malevolent interpretation upon it.

"The interpretation has been demonised."

Ninemsn is running a poll asking the question about whether it's offensive. It's a close battle...

I reckon that even crusty old Helen Thomas would be welcome in outback Mt Isa... 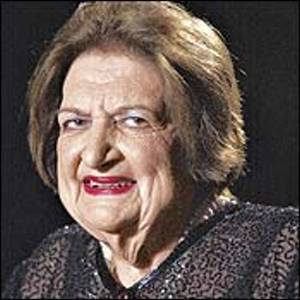 The next tablet that will come from Apple has long been rumored to be the iPad Pro. Although there have been initial reports that the next iPad from the American tech giant is to be called the iPad 6, it eventually died down in favor of the iPad Pro.

this is UK Replica watches generally known as the “Silver 925”. However, because the 925 silver is too soft, and the surface oxidation will Watches Replica occur after a rusty ugly, after entering the era they rarely use watches. Designer handbags In order to reproduce the classic case of silver pocket watch in texture, while strengthening the material properties of handbag replica silver, Bell & Ross, especially the development of ArgentiumR alloy as the material of the watch Replica Rolex Watches .