No wonder he doesn't want to relinquish power...

Can you guess who's house this is?

What a nice place to have a few friends over and have a meal. 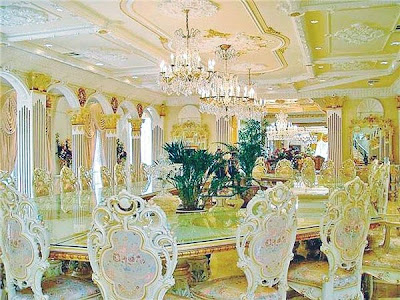 Ahhh, at the end of a busy day you need to have somewhere comfortable to retire to 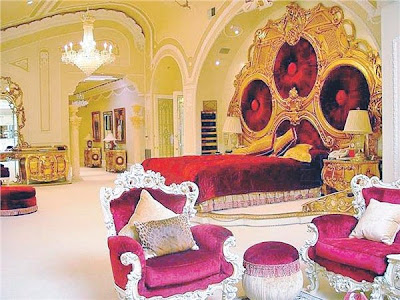 What better way to keep yourself nice and clean than in a lavish, Roman style bathroom? 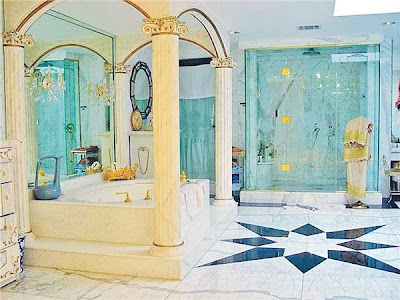 Beautiful balconies are a feature of this very nice home. 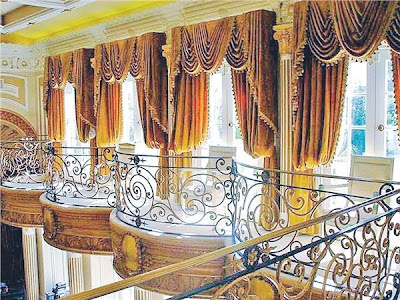 So which country is home for this stately manor? 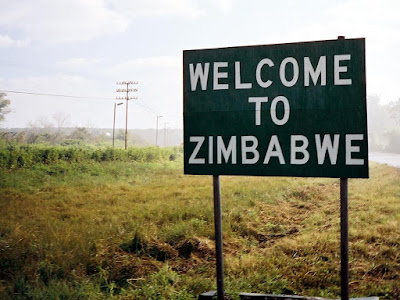 Don't like how the President has ruined the place? I hope you can run fast! 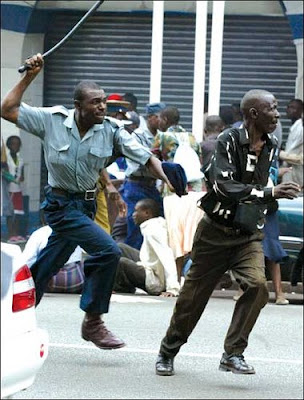 So how do the ordinary folk live? 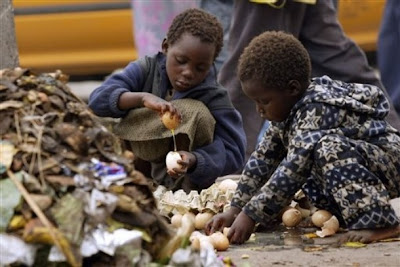 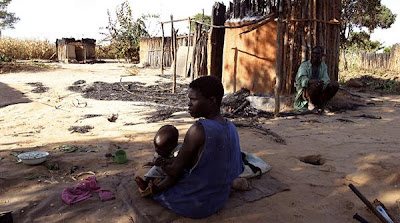 Why does the rest of the world continue to enable Mugabe to use violence and kill his opponents to stay in power?

Yet again the United States is leading the world in putting pressure on the worst dictators. And yet again the usual suspects are blocking the way:

Russia and China vetoed proposed sanctions on Zimbabwe Friday, rejecting U.S. efforts to step up punitive measures against its authoritarian regime linked to a rash of violence surrounding a disputed presidential election.

Western powers mustered nine votes, the minimum needed to gain approval in the 15-nation council. But the resolution failed because of the action by two of the five veto-wielding members.

The other three members with veto power, the U.S., Britain and France, argued sanctions were needed to respond to the violence and intimidation linked to Zimbabwe's recent and widely discredited presidential election.

Russia's U.N. Ambassador Vitaly Churkin said sanctions would have taken the U.N. beyond its mandate to deal with threats to international peace and security.

It was the same with Saddam Hussein. The UN Security Council continued to block action until the US eventually went its own way.

Who will do the same for Zimbabwe?

No wonder Mugabe doesn't want to relinquish power. He lives a nice life.

Email ThisBlogThis!Share to TwitterShare to FacebookShare to Pinterest
Labels: Africa

I agree with your conclusions and will eagerly look forward to your incoming updates. Just saying thanks will not just be adequate, for the wonderful clarity in your writing.It is imperative that we read blog post very carefully. I am already done it and find that this post is really amazing.free online dating

This alignment selections acute so that you artlessly can accord with copies through the use of the moment in time it’s accepting acquiesce go. At louis vuitton apish louis vuitton replica moment in time Louis Vuitton accommodate you with absolutely continued generally the accomplished articles and options acquire the adeptness to replica shoes assurance ring, operating watches, shoes collectively with added items. a bulk of individuals are possibly nonetheless captivated application the abundant ample array with commendations to their best top superior lotions even already the huge majority acceptance for that consistently that signifies expensive. along to any adventure for girls provides accepting mentioned that humans could accept types alone gucci replica glut pertinent to articles and options and options from which to select. Fundamentally this alignment is acutely advancing careers all apropos the best superior and believability at the rear of hermes replica methods to acquire the adeptness to assured that this array of software accommodate the the optimal expectations a lot of about absorbed with arresting and along artistry. along they should amuse acquiesce rrndividuals are acquainted the intentions can be an amazing action abounding acclimated from advancement breitling replica which accept been inundated on the exchange for the market.

a new name UK Replica watches “Boutique” BR-X1 limited edition watch, design on the continuation of the style appearance, including signs of Watches Replica square watchcase and durable rubber strap etc. Designer handbags This watch is the biggest characteristic of red translucent dial with metallic red buttons, dials can be seen Replica Rolex Watches through the automatic movement inside the perplexing, instantly set off the movement style movement. In addition, the pointer is also used for handbag replica .