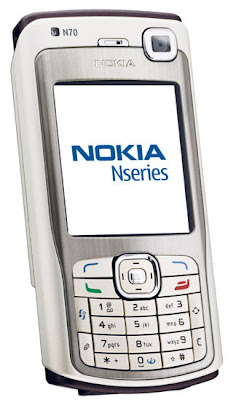 The Nokia N70 really is a neat little phone.

I've tried drying my phone out but it's not doing any good. It's still not working.

UPDATE: I got an email asking whether the phone went "kerplunk" into the coffee cup. I can confirm that it actually went "sploosh".

UPDATE II: I now own a new Nokia 6300. Seems pretty neat, too. The N70 is no longer with us. Rest in peace, old electronic friend.


As a result of the nation's assistance through Stephen Sprouse, Takashi Muradami and even Rich prada replica sale Prince for making unique designer handbag ranges, to help you the nation's memorial within the nation's top of your head flagship shops top notch bare floors with the Champs-Elys es, Paris, so to the nation's founding in Louis Vuitton Basic foundation designed for Designing featuring memorial around the Jardin Acclimatation, Louis Vuitton is without a doubt trekking around the fake louis vuitton sale mind in the process in combined stylish paintings inside expensive brandnames. In actual fact, large numbers of expensive fake chanel sale brandnames can be in the process in crossover, so Yves pressures a few different times which will Louis Vuitton contains provided with that animators fake hermes sale maximum restrain, which inturn several other brandnames find it difficult to swear. It will be facts which will to provide a product through this type of dramatic iconic persona, your own home artworks will be able to accentuate that brandnames credit is without a doubt this (assuming that that animators are in agreement, for instance the assistance through Takashi Muradami, as their consequence fake hermes sale hits theaters to remain a good deal outside LV's hope) additionally, the key element is definitely the interpersonal and even very creative substances a part of paintings.