The List of Debunked Global Warming 'Proof' and Inconvenient Truths

Truth will out, as the old saying goes, and at the moment the truth about the non-science of global warming is being outed at an accelerated rate.

The following is the list of debunked proof supposedly supporting the proposition of anthropogenic global warming. I'll update the list from time to time as new evidence emerges. Feel free to send me links to other examples.

1. The Hockey Stick - The elephant in the room for the Climate Faithful is the iconic Hockey Stick. When it was profoundly debunked as statistical nonsense by Canadians Steve McIntyre and Ross McItrick its proponents fought back with vicious ad hominem attacks against those two people, referring to them as being in the pocket of Big Oil. When Edward Wegman, Chair of the National Academy of Sciences’ Committee on Applied and Theoretical Statistics, confirmed that the statistical methodology underpinning the Hockey Stick was, indeed, profoundly flawed the Climate Faithful had a problem - Wegman voted for Al Gore. The IPCC quietly derogated the position of the Hockey Stick in its recent Fourth Assessment Report and Climate Faithful came up with the line that "the debate has moved on". 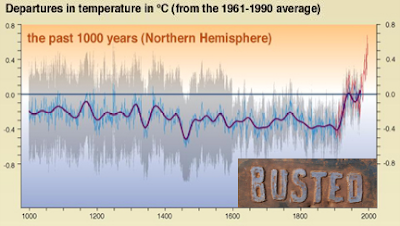 2. Climate models - The United Nations Intergovernmental Panel on Climate Change (IPCC) bases its predictions for future climate on the output from around 17 climate models. The inconvenient truth is that none of these models has ever been accurate - or even close - once. Critically, the models don't get precipitation correct, which is tremendously important, as warmer air should hold more water and water vapour is a major greenhouse gas. Start a model in 1950 and it gets 1970 wrong, 1990 wrong and 2000 wrong. Start in 1990 and it will get 2000 wrong. Not only are they completely inaccurate but the 17 models all disagree with each other with a range from bottom to top of over 700%. Apparently the science is settled but nobody has told the real world. 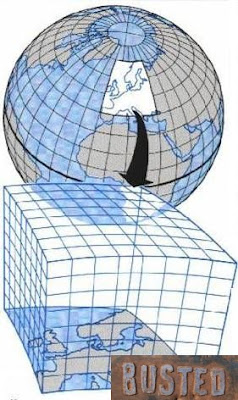 3. The surface station temperature record - Anthony Watts has been doing a yeoman job surveying US surface stations, demonstrating how poorly sited they are and the clear impact of the urban heat island (UHI) effect. Having called into question the quality of the data that is a pillar of the global warming the credibility of the data was given a second hit when Steve McIntyre showed a series of problems created by one of climate science's high priests, James Hansen, which resulted in changes to the record leading to 1934 becoming the warmest year on record, replacing the previously iconic 1998. Not only that but five of the warmest ten years of the 20th century were prior to 1950 and five after 1950.

4. Mount Kilimanjaro - It's not a victim of global warming, as Al Gore and others among the Climate Faithful have claimed. Observations suggest that between 1880 and 2003, there was a shrinkage of almost 90% in the ice-covered area of Kilimanjaro; but Mote and Kaser note that "much of that decline [66%] had already taken place by 1953." This "pacing of change," in their words, "is at odds with the pace of temperature changes globally." In fact, at the closest point of reanalysis temperature data availability in the vicinity of Kilimanjaro's peak, they say "there seems to be no trend since the late 1950s." Consequently, and based on a long list of other observations, the two researchers ascribe the long-term wasting away of ice on Kilimanjaro "to a combination of factors other than warming air - chiefly a drying of the surrounding air that reduced accumulation and increased ablation." 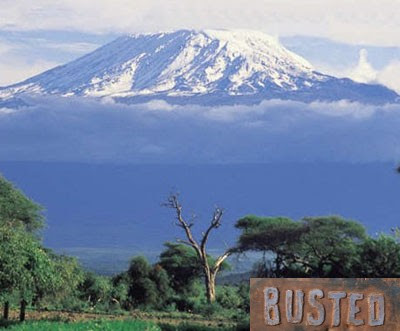 5. Flooded islands - The poor old island of Tuvalu is used as proof that low-lying islands have a watery future to look forward to. However, Australia's National Tidal Facility at Flinders University in South Australia, which is charged by the government of Australia to monitor sea levels in the Pacific, reports that there has been no significant rise in the Pacific Ocean. It has had a monitoring station in Tuvalu since 1993 and the sea level around Tuvalu has risen an average of 0.9mm (0.03 inches) per year. Since 1978 the rise has been a catastrophic 0.07mm (0.002 inches. Tuvalu is subject to subterranean movement of tectonic plates, which causes it to rise and fall. Every single island used as an example of sea level rises suffers from this same situation. 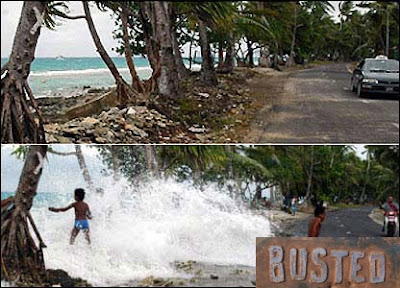 6. The Stern Review - An appallingly inaccurate tome, the economics underpinning the Stern Review has been profoundly debunked by no less than Yale University's William Nordhaus, probably the world's leading expert on climate change economics. Mr. Nordhaus finds that the social cost of CO2 is $2.50 per ton. Mr. Stern, however, uses a figure of $85 per ton. Whoops. Mr. Stern tells us that the cost of U.K. flooding will quadruple to 0.4% from 0.1% of GDP due to climate change. However, we are not told that these alarming figures only hold true if one assumes that the U.K. will take no additional measures–essentially doing absolutely nothing and allowing itself to get flooded, perhaps time and again. In contrast, the U.K. government’s own assumptions take into account a modest increase in flood prevention, finding that the cost will actually decline sharply to 0.04% of U.K. GDP, in spite of climate change. Whoops. The review tells us that we should make significant cuts in carbon emissions to stabilize the concentration of atmospheric carbon dioxide at 550 ppm (parts per million). Yet such a stark recommendation is not matched by an explicit explanation of what this would mean in terms of temperature. The U.N. Climate Panel estimates that stabilizing at 550 ppm would mean an increase in temperature of about 2.3 degrees Celsius in the year 2100. This might be several degrees below what would otherwise happen, but it might also be higher. Mr. Nordhaus estimates that the stabilization policy would reduce the rise in temperature from 2.53 degrees Celsius to just 2.42 degrees Celsius. One can understand the reluctance of the Stern review to advertise such a puny effect. Whoops. Whatever your view on the reality of the science underpinning man-made global warming, relying on the Stern Review (such as Australia's opposition Labor Party is doing) seems unwise.

What about the observation that global warming correlates better apparently with sun spot activity than with Carbon Dioxide levels. High sun spots = high solar magnetism = greater protection from cosmic rays = less high cloud = more heat getting to the earth's surface = global warming. An awful lot of glaciers world wide are dissapearing suggesting that there is global warming at present but there are strong niggling doubts if it is caused by man.

Wake up Jack the caravan has moved on.

Of course it has to move on, Anon, truth is not convenient for the pro-AGW side.

I loved this story, about how global warming is going to flood a good deal of US history:

"Global warming through a combination of melting glaciers, disappearing ice sheets and warmer waters expanding is expected to cause oceans to rise by one meter, or about 39 inches."
http://abcnews.go.com/Technology/wireStory?id=3638418

I thought even the IPCC has "revised downward" and estimates at most 17", less than half a meter.

No one on the IPCC doubts that there are cycles and natural factors. The question is whether the global warming observed since the mid 1970's has a significant human cause. The IPCC says yes with 90% certainty.

Sir David Attenborough was once a climate skeptic, believing that it can all be explained by natural causes and cycles. He changed his mind, this is why http://www.youtube.com/watch?v=S9ob9WdbXx0

The Met Office's debunking of climate-change denial myths come from the Royal Society's list and are, unfortunately, scientifically equivalent to what Al Gore presented in his Academy Award winning screed - hopelessly false.

As I've said before. 'If the science is settled' then why does the IPCC need 17 climate models and why do they produce forecasts that differ by more than 700% from bottom to top? It's all insane.

Actually, the IPCC looked at the results of 23 different modelling codes in its latest report. You may be surprised to learn that in science, it's considered good that many different teams of people work on the same problem, and the existence of many different climate models means that their results can be checked against each other. If they differed by 700%, that would be worrying. But they don't. You appear to have made that figure up.